The Church of St Francis 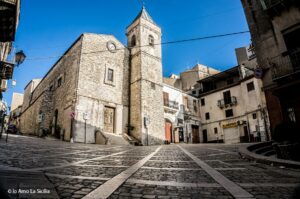 The Church of St Francis was built on the pre-existing Church of St Roch. The date of its foundation is unknown. In 1580, the wealthy Villaraut family decided to enlarge the church, granting it to the Conventual Minorites, who, after their arrival, dedicated it to the Saint.
The church, made of white stone, has its own charm and infuses a feeling of the ancient and austere, following the spirit of the Poverello of Assisi.
The church has two doors: a bronze main door, the wings divided into four panels that recall the famous Lauda of the Creatures. The other door opens to the north depicting the Saint preaching to the birds.
There are numerous decorations, stuccoes and gold in the vault, walls, and chapels. Still visible on both sides of the presbytery are the Villaraut family mausoleums, built with the same marble as the high altar.