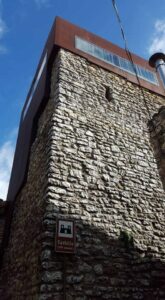 The origins of Prizzi are shrouded in mystery. The uncertain etymon of the name reflects the long and troubled history of the town, characterised by the succession of peoples and rulers who have certainly left traces still visible today. Today, however, we can affirm that the Byzantines were the first to arrive at Prizzi’s high and steep mountain. They had fled from the unsafe Montagna Dei Cavalli (Horse Mountain), one of the battlefields between the Romans and Carthaginians at the time of the Punic Wars, as described by the historian Polybius.

Prizzi became an important military garrison thanks to its optimal elevated position, easily defensible, and the presence of water sources and fertile lands. It was fortified by constructing two concentric walls: one outside with easy internal access, another in the highest part with a tall, massive tower. From the tower loopholes, dark smoke rose to communicate possible threats to neighbouring villages. According to the local scholar Fabio Oliveri, the name “Prizzi” derives from the ancient Greek word “pyrizein”, meaning “to light fires”. 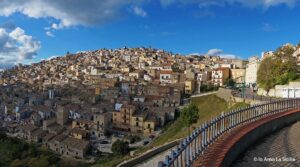 The Saracens conquered Prizzi in 830. The quarters of the pre-existing tower were occupied, and two others were built, one near the present-day Matrice and the other near Sant’Antonio. These three towers later gave rise to the coat of arms of Prizzi with a Saracen guarding it. The Arab presence in Prizzi is also evidenced by the construction of several hamlets, including Misita and Filaga.

In 937, the Christians of Prizzi managed to subdue the Arabs, locking them up in the towers they had built and leaving them to die. The Arab rule ended in 1073 when the Norman Roger conquered all the Saracen hamlets and castles. On his death, local counts and barons began to assume power, including the Bonellos, the Chiaramontes, the Villarauts, and the Bonannos.  The Arab towers were used as bell towers; the oldest, still visible today, was restored and opened to visitors in 2013. With the Norman Conquest, the town’s name became Pirizium. This was a period of substantial stability, with no particular struggles, and saw the coexistence of Christians and Saracens on the same territory.

In the XII century, Prizzi became a feudal village and was given to the Cistercian Monastery of Sant’Angelo. Between the 13th and 15th centuries, control of the town was disputed by various noble families until it finally fell to the Bonanno family, whose fief lasted until 1812.

With time, the village began to be characterised by its ‘Vaneddi’, small, narrow stairways, descents and ‘Muntateddi’ connecting the dense network of houses leaning against each other and gradually declining towards the new and recent part of the village. 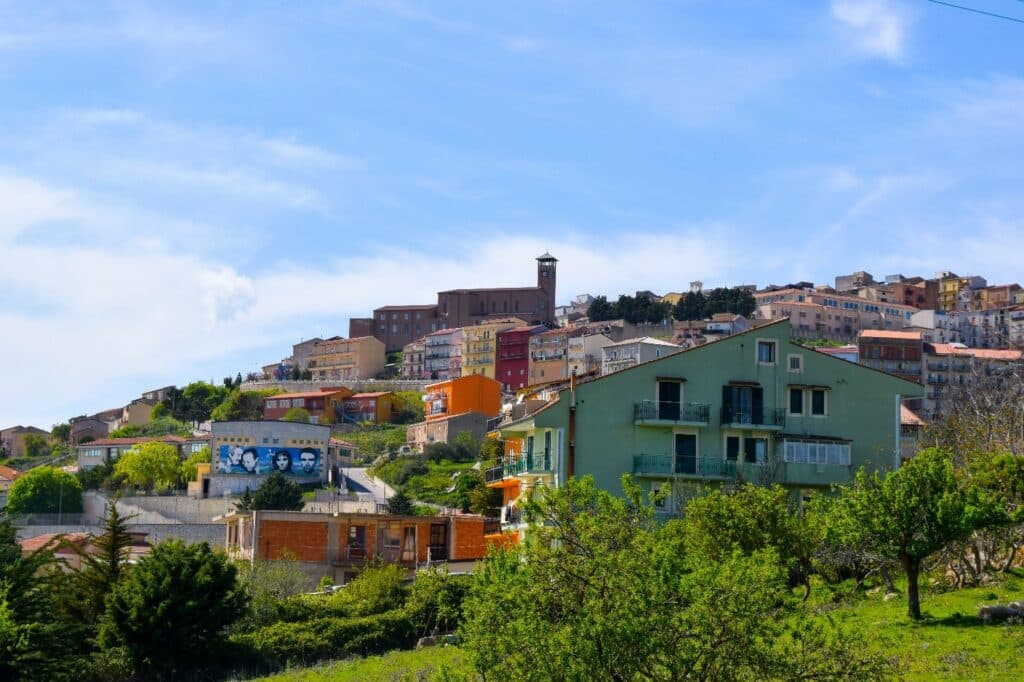