The hamlet of Filaga was built by Baron Pietro Rostagno at the end of the 18th century under the name of San Ferdinando Buonriposo, in honour of the King of the Two Sicilies, Ferdinand IV of Bourbon. Over time, the hamlet took the name of its feud, Flaca, Filaca and finally Filaga. 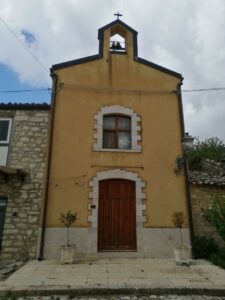 The village church was built in 1795 and dedicated to San Antonio Abate. In 1962, it became a parish and took the name of Parish Church of San Ferdinando Re. The present church consists of a single nave and apse where there are seven 14th-century high reliefs (depicting the Adoration of the Magi, the Resurrection, the Prayer in the Garden, the Trial in the Sanhedrin, St. Peter, St. John the Baptist and two winged heads of cherubs) and the majestic Rex Gloriae Cross by the artist Salvatore Pecoraro. The two side niches house two wooden statues, one the Madonna and Child, the other that of St. Anthony Abbot. In addition, there is a valuable baptismal font. 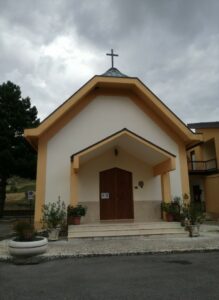 The Church of St Joseph in Piazza Pintacuda was built by the ESA in the 1970s. It has a single nave with an apse where the ‘Christ Pantocrator’ (1978) by artist Salvatore Pecoraro is located. Along the walls of the nave, one can admire several works by artist Marisa Marcellino (icons representing St. Lucia, St. Ferdinand the King and various biblical episodes) and an 18th-century wooden crucifix.